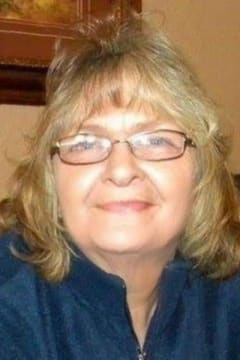 Geraldine Lourene Carrico, 73, of Sedalia, MO passed away on Saturday, April 11, 2020 at Bothwell Regional Health Center. She was born on September 7, 1946 in Manila, MO the daughter of Otha and Minnie (Nolte) Durrill, who preceded her in death.

On September 10, 1966 in Ft. Sill Military Base, OK, she was united in marriage to Richard Carrico, who resides in Green Ridge, MO.

Gerri graduated from Green Ridge High School and then attended Sedalia school of Hair Design. She worked years on Cloud Farms in Green Ridge washing and collecting turkey eggs. Gerri was employed at Interstate Studio for 20+ years and Missouri Pressed Metals in Sedalia for 30 years until she retired in January 2020. She loved fishing and gardening and was an avid Royals fan. One of her favorite pass times were foreign subtitled movies, especially actor/singer Kim Hyun Joong. She enjoyed her many work friends and she loved her kids and even more her grandkids.

A memorial service and burial at Antioch Cemetery will be announced at a later date.

Memorial contributions may be made to Antioch Baptist Church, Green Ridge, MO in care of Rea Funeral Chapel.

So sorry for your loss. May your memories with her bring you comfort.
– Robert Tucker
We are do sorry for your loss. Think of the reunion she is having in heaven, seeing all the others that went before her. May your memories with her give you comfort. Robert & Janet Tucker snd families
– Robert Tucker
Albert and family, I cannot imagine the pain this loss must bring, I am so sorry. Sending prayers and hugs to you all.
– Amy Cox
So sorry for your loss, sending prayers!
– Michael Harrison
So very sorry for all her family. She was a very special lady that touched the hearts of all that knew her. She woill be greatly missed.
– Veronica taylor