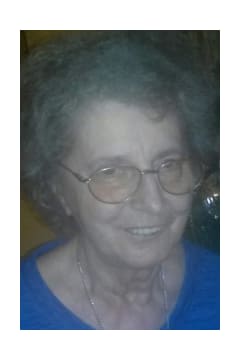 Ellen Marie Knox, 75, of Sedalia, MO, passed away Saturday, April 20, 2019 at Good Samaritan Care Center in Cole Camp, MO. She was born on February 3, 1944 in Sedalia, the daughter of Francis and Veneetie (Hays) Adams, who preceded her in death.

On May 6, 1961 in Harrison, AR, she was united in marriage to Lew Curt Knox, who resides in the home.

Ellen was a waitress at several restaurants in Sedalia including the Coffee Pot Cafe and Pacific Cafe. She worked as a dietary aide at Bothwell Hospital from 1974 until 1993 in Sedalia. In 1994 she and Curt sold their home and took off for the open road in their RV. They traveled state to state until 2002 returning to make their home in Sedalia to be with family.

During Ellen’s younger years she was a stay at home mom and was very involved in her children’s school activities. She was a room mother every year and involved in all of the PTA fund raisers. She loved spending time with her grandchildren who were the light of her life. Ellen was a superb cook. Meal times always included family, friends, and sometimes even strangers.

Besides her husband of fifty-eight years, survivors include two daughters, Cynthia Coffey and Brenda Countryman, both of Sedalia; a brother, Frank Adams of Sedalia and a sister, Margaret Vaughn of Lyman, SC; and four grandchildren, Renee Cusick, Crista Coffey, Rhapsody Coffey, and Dalton Coffey (Fiance, Shelby).

Besides her parents and step father Hollie King, she was preceded in death by her brother, Lawrence Adams .

Visitation will be one hour prior to service time at the funeral chapel.

Memorial contributions may be made to Good Samaritan Care Center or to Benton County Hospice in care of Rea Funeral Chapel. 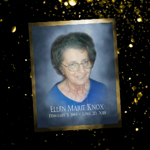 Please share a condolence, photo or memory of Ellen. We welcome all condolences that are positive and uplifting that will help family and friends heal.