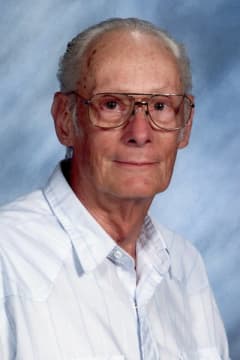 Donald Eugene Harness, 80, of Sedalia passed away Saturday, April 18, 2020 at Sylvia G. Thompson Residence Center in Sedalia, MO. He was born on October 29, 1939 in Warrensburg, MO the son of Kenneth Carl and Eva Lionel (Milks) Harness, who preceded him in death.

On October 5, 1963 in Oak Grove, LA, he was united in marriage to Maecelle Blanche Williams, who resides in Fayette, MO.

Donald served his country honorably in the United States Army from 1960 until 1963, stationed at Ft. Hood, TX. He was an auto mechanic, and worked for General Motors for most of his career. Donald enjoyed working on model airplanes/cars, going fishing and especially loved spending time with his family. He was a member of Katy Park Baptist Church and was a former Deacon. One of his most proud accomplishments was helping in the construction the building.

Besides his parents, he is preceded in death by a sister, Betty Bumgarner.

Due to the current pandemic crisis, we will be announcing service arrangements at a later date.

Burial will be at the Missouri State Veterans Cemetery, Higginsville, MO.

Sorry to hear about Don’s passing yet know we will see him again. He, as well as the entire family, were an important part of our time in Sedalia. You all were a kind and giving family always ready to give of yourselves to the church or anyone in need. Although it’s been a long time since I had seen Don, I have wonderful memories of him and your family. Thank you! Comfort and peace to you all as you grieve his absence.
– Lynn midgett
I worked next to Don for quite a few years at Malmo Motors. I always enjoyed him, he was a good story teller. I think of him every time I work on a Cadillac. My wife also has fond memories of visiting at lunch with him. We will be thinking of your family during this time and may God comfort you.
– Brian Harms
Your father was such a kind, funny and loving person. Had so many good times with him and your mother, Blanche. He was such a great fishing buddy with my dad. Lots of wild fishing stories between the two of them. He will dearly missed. Prayers for the family.
– Laura Paxton