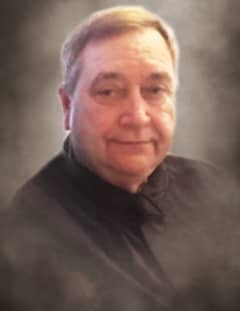 On July 8, 2005 in Sedalia, he was united in marriage to Peggy Carr, who survives of the home.

As a recipient himself, Dennis was an advocate of donor programs. Dennis gave selflessly at times, even when it put him without. He enjoyed having breakfast at the Englewood Café. Dennis especially loved his family and his dogs, Hoppy and Zorra. He was passionate about service members, politics, and his constitutional rights.

In addition to his parents, he was preceded in death by two sons, Matthew Warren and Brian Nutt.

Memorial contributions are suggested to the family in care of Rea Funeral Chapel, Sedalia.

Please share a condolence, photo or memory of Dennis. We welcome all condolences that are positive and uplifting that will help family and friends heal.