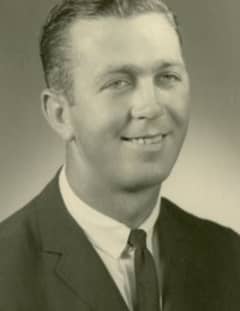 Conrad Errol Stephens, 77, of La Monte, passed away Thursday, October 3, 2019, at Good Shepherd Care Center in Versailles, MO. He was born on March 7, 1942, in Joplin, MO the son of Clayton and Roseanne (Smith) Stephens, who preceded him in death.

On September 5, 2009, in Green Ridge, MO he was united in marriage to June Rush, who resides of the home.

Conrad was a member Bethel United Methodist Church, Hughesville. He worked as a row crop and cattle farmer all of his life. He was a 32nd Degree Mason of Sedalia Masonic Lodge #272 AF & AM. He was a member of the Sedalia VFW Post #2591 and American Legion Post #642. Conrad enjoyed going dancing, sitting on the back deck talking with his neighbors, and going to family picnics. He loved watching old western shows and going on his evening rides in the country. Conrad especially loved playing with his dogs in the evening on the back deck.

In addition to his wife, he is survived by a daughter, Suzanne Fisher (Dennis) of Sedalia; a brother, Clayton Stephens (MaryEllen) of Sibley, MO; two step daughters, Teresa Kriesler (Gary) of Sedalia and Miranda Biesemeyer of La Monte; and a step son David Priesendorf of Sedalia.

Memorial contributions are suggested to the Stephens Family in care of Rea Funeral Chapel. 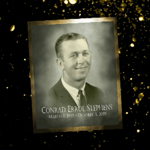 Please share a condolence, photo or memory of Conrad. We welcome all condolences that are positive and uplifting that will help family and friends heal.