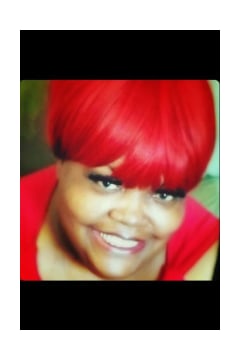 Cheryl Kaye Scroggins Marshall Benford, 65, of Sedalia, MO, passed away Saturday, March 30, 2019 at Bothwell Regional Health Center in Sedalia. She was born on May 30, 1953 in Sedalia, the daughter of Edward Lee and Lula Mae (Webb) Scroggins, who preceded her in death.

Cheryl Kaye was a teachable child, always willing to take on new experiences. As a child she loved watching her father, Ed, Lula Mae, and Aunt Mary work their magic in the kitchen, She was baptized at an early age and confessed Christ Jesus as being the Lord and head of her life.

Cheryl Kaye had a career expanding over 30 years as a Crisis Counselor and a Certified Nurses Assistant. She loved preparing meals, baking, springtime flowers, playing cards, listening to music, and she enjoyed entertaining people from all walks of life. She was a pillar in the community with a big heart, always willing to help anyone in need. Cheryl Kaye was very well-loved and will forever be in our hearts.

Homegoing services will be held at 11:00 a.m. on Saturday, April 6, 2019 at Rea Funeral Chapel, Sedalia, with Pastor John Williams officiating.

Visitation will be an hour prior to the service at the chapel.

Memorial contributions are suggested to the family. 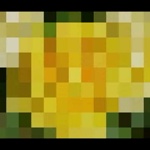 May it comfort you to know that others are thinking of you with warmth and sympathy. As time goes by and you reflect on the shared memories, may they put a smile on your face and a measure of joy to your heart. We also can look to our heavenly Father for comfort. In fact, as you are aware He promises that there is life after death. Through Jesus Christ we can live forever (John 3:16). Death was not in God’s purpose for his earthly children. It hurts Him when one of us dies and the pain it causes the bereaved. For that reason, Hebrews 2:14 says that death will be brought to nothing along with the one who causes death. Our heartfelt prayers will then be answered for God’s will to be done on earth as in heaven. Revelation 21: 3-4 describes what conditions will be like then, yes, even death will be no more. Until that time comes when we will see our resurrected loved ones again, may God strengthen you and make you firm as we continue to pray for his will to be done. Wishing you God’s peace.
– Thompson
Kawrisa, Lulu, Garnel and Sherwin I’m thinking of all of you dear cousins during this time of sorrow and pain. Sending my love, hugs and condolences. May God lift you up and take away your pain. RIH aunt Cheryl Kaye. You will be missed.
– Lijia Lyles
Our family is sending you love and prayers during this time of grief. We are so sorry about your loss of Cheryl.
– Diane Hering
Prayers to her family and friends.
– Michelle Wansing