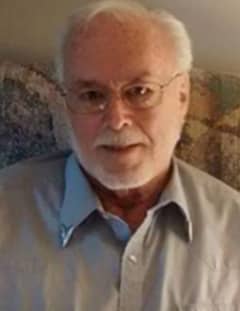 Charles (Chuck) Glenn Herbert, 83, of Sedalia, MO, passed away Monday, September 16, 2019 at the Lincoln Community Care Center in Lincoln, MO. He was born on February 23, 1936 in Clovis, NM, the son of Glenn and Jewel (Mitchell) Herbert Dettinger, who preceded him in death. He graduated from Brawley Union HS in Brawley, CA, 1954, where he was a musician and bull rider and made many lifelong friends. He attended college in San Dimas, CA, and Fresno, CA, and received his Juris Doctor at Humphries School of Law in Fresno, CA.

Chuck was self employed as a Heavy Equipment Claims Adjuster, one of the original four independent owners of Transport Claim Associates in California. He served his country honorably as a United States Marine. In the Frazier Park area of CA, he planted his roots and his heart. He shared his talents and his voice with organizations such as the Mountain Memories Association and the Mountain Lions club, and announced the annual Fiesta Days parade for many years. In the second half of his accomplished life, he studied to be an auctioneer, volunteering his talent at annual auctions for several organizations benefiting children and community. He was an Honorary Member of the National Truck and Heavy Equipment Claims Council (NTHECC), a faithful servant in his church, and a Master Mason. He loved to read his bible, biographies, and spend time with family. Chuck never met a stranger, was a cowboy at heart, and was generous to all.

Memorial contributions can be made to the NTHECC Scholarship Program, check payable to NTHECC Scholarship, “Chuck Herbert” memo, and mail to PO Box 5928 Fresno, CA 93755-5928; or to the Fresno Scottish Rite Language Center, call (559) 268-9631.

Please share a condolence, photo or memory of Charles. We welcome all condolences that are positive and uplifting that will help family and friends heal.