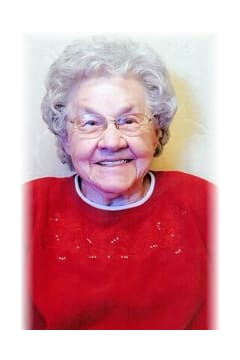 Carmie Emma Moore, 87, of formerly of Lee’s Summit and Sedalia, MO passed away on Sunday, December 9, 2018 at The Arbors at Westport Estates in Marshall, MO. She was born on January 16, 1931 in Stover, MO the daughter of Fred and Emma (Steinmeyer) Dieckman, who preceded her in death.

She attended Stover High School moving to Kansas City when she was 14 years old with her cousins and went to work. She worked at Candy’s Hallmark Store when she retired.

She is survived by four children, Barbara Gregory (Kevin) of Houstonia, Hank Moore of Sedalia, Don Moore (Brenda) of Warsaw and Cheryl Crouch (Gary) of Lee’s Summit; and one brother, Elmer Dieckman of Cole Camp. She became the much loved grandmother of four granddaughters, Jennifer Gregory-Sneed, Devann Catlett, Morgann Gregory and Jordann Gregory and two great-grandchildren, Reagan and Rhett Sneed.

Besides her parents, she was preceded in death by one brother, Walter Dieckman.

There will be no formal visitation or funeral service. A private graveside service will be held.

Her family wishes to express a special thank you to Arbors at Westport Alzheimer’s unit for wonderful care that was provided during her time there.

Memorial contributions are suggested to Arbors at Westport in memory of Carmie and may be left with Rea Funeral Chapel, Sedalia.

So sorry for your loss. Prayers for your family.
– Shelly Kempton