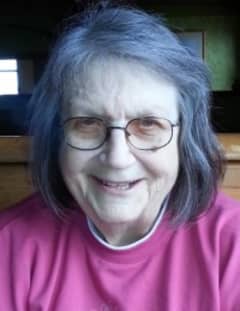 Altha M. Ream Marriott, 88, of Sedalia, passed away Friday, September 13, 2019 at Sylvia G. Thompson Residence Center in Sedalia. She was born on January 17, 1931 in Nevada, MO, the daughter of David Frank Ellis and Sadie Marie (Gambril) Ellis, who preceded her in death.

Altha was a member of the Church of Christ in Sedalia. A farm wife and homemaker, she also worked as a teller and branch manager of Farmers and Merchant Bank in Green Ridge before retiring.

Altha loved and enjoyed her children, grandchildren, and great grandchildren, traveling near and far to be a part of their activities. God, her family, her church family, and her friends were an important part of her life. As long as her health allowed, Altha was active in the church and in the Green Ridge community. She enjoyed being with people, working outdoors and crafting.

In addition to her parents and husbands, she was preceded in death by two sisters, Florence Johnston and Fern Attebery.

Funeral services will be held at 10:00 a.m. on Friday, September 20, 2019 at Rea Funeral Chapel with Andrew Baker officiating.

Burial will be at Green Ridge Cemetery.

Memorial contributions may be made to the Alzheimer Association in care of Rea Funeral Chapel, Sedalia.

Connie, I’m so sorry to hear of your mom’s passing. I think of your parents often. The “Green Ridge girls” spent many a night at your house and I always smile when I remember the class parties and bonfires we had there. Your mom, and dad, will forever hold a special place in my heart. Sending prayers of comfort to you and your family.
– Sandra Long
I am so sorry for your loss. Heaven has gained another sweet Angel. Prayers for all of you. Jamie Daniel
– Jamie Daniel
I loved Altha. She was one of the kindest, sweetest people I met, as a newcomer to Green Ridge. It was always a treat to go to Farmers & Merchants because I’d get to visit with Altha.
– Jennifer
Sorry for your loss, she is in a better place.
– Lemoyne Dotson